Hey guys this is a walk through of of a game prototype for our module Multimedia Games Development. The assignment was to create a small working prototype with one example level aimed for the mobile platforms.

NOTE: Please enable captions! Sorry for the bad quality during the actual gameplay. For some reason Camtasia did not keep up with the framerate.

The story behind Sleepy Sheepy Adventures is that the main protagonist Sean is struggling to fall asleep. He decides to count sheep to help him reach the land of slumber. Since Sean is sleep deprived he starts to imagine the sheep in dangerous situations. The player must guide the sheep through the levels and help them overcome the obstacles and dangers they will face. As you progress through levels Sean becomes more tired and his imagination becomes more wild, which places the sheep in wackier locations such as volcanoes, ancient temples etc.

If you have any feedback or questions feel free to leave a comment below =)
Posted by Laura Mc Ivor at 00:24 No comments:

My Path to Games Development Part 1

This is the first in a series of posts about how I got into studying Games Development.

Ever since I can remember I have pretty much always had a game controller in my hand. The first consoles I can remember playing were the Sega Master System and the Sega Mega Drive. I absolutely loved the Sega Mega Drive and played Sonic 3, Ristar and Lion King non-stop on it. I still drag the console down from the attic from time to time to play it and it never gets old. I also have Ristar and Alex Kidd on the Wii so I love the wave of nostalgia it brings and hows it's so convenient to play it on a modern console. Although I have to say Alex Kidd seems so much harder now as an adult than it ever was as a child!

A few years later I still loved gaming and all the new consoles and games that had come out. They were so impressive for their time. I started to become interested in Game design and spent hours designing and drawing weapons, characters, stories and even new Pokemon! The first real experience I had of designing something for an actual game was using the Level Editor in Time Splitters 2. I spent a lot of my time creating my own levels and recreating favourite levels from other games within that editor, then playing the finished creations with my brother. I also learned how to use logic in that editor as I set up little story missions in which you had objectives such as pick up a certain object, destroy an objective and kill an enemy boss to finish the level.

After getting my first taste of level design I was hooked. At that time my brother was experimenting with the Unreal Ed level editor for the Unreal Tournament games. Through his guidance and my own learning and experimentation I learned how to create levels in the editor. I'll always remember the city level I made with skyscrapers in which you could get a lift to the top floor so you could use a sniper rifle on enemies below. At that point in my life I definitely knew that I wanted to be a part of the Game Industry.

Thanks for reading and if you have any questions or comments feel free to comment below.
Posted by Laura Mc Ivor at 15:56 No comments:

Email ThisBlogThis!Share to TwitterShare to FacebookShare to Pinterest
Labels: life

In most University courses in the UK require you to take a placement year in your 3rd year at University. For a Games Development student it can be tough and near impossible to gain a placement in the Games Industry. Instead students are advised to get a software development job as there are many available and are much more attainable than roles in the Games Industry.


My advice for students thinking about placements would be the following;

1. Search for jobs which;

2. Have a well written CV showcasing your skills and experience
3. Apply early and often!
4. Prepare well for interviews

I was fortunate to gain a placement at Citi in Belfast, which is a software division of the banking company. 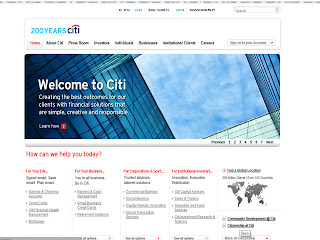 I'm so glad I got the job as it was a hard assessment process. We had to do;

So I was really glad I got accepted after all of that! It was such an experience and I'm really pleased as it was only my second interview!

If you need any more advice or want any questions answered comment below!

Email ThisBlogThis!Share to TwitterShare to FacebookShare to Pinterest
Labels: university

Hey just a quick update on how my game Sleepy Sheepy Adventures is coming along.

At the minute we have a working prototype. This is what elements we have so far;

So we have the controls and the main elements in, now it's just a case of making it nice looking, designing a level and putting in the menus, sounds etc. 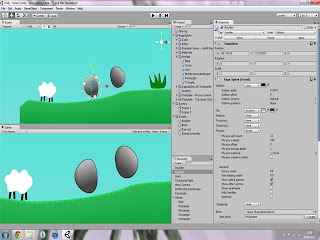 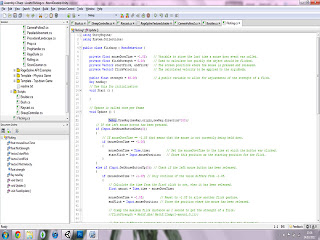 If you have any questions about the game or Unity 3D itself feel free to comment below!
Posted by Laura Mc Ivor at 17:25 4 comments:

Hey guys sorry about the lack of posts recently. I have been super busy with University work;

Sometime's it seems that it's never ending, don't get me wrong I am absolutely loving this semester but it's always nice to have a break every once in a while so I'm looking forward to getting off next week for Easter holidays!

Okay so the part you have been waiting for! 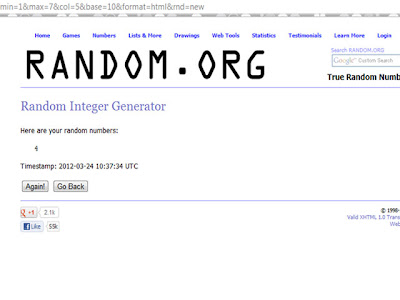 So the winner is comment number four - Michael K!

Congratulations! If you would like to claim your prize please comment your email address below and I will send the code to you.

For those of you who didn't win I'm sorry I would love to give you all prizes as I loved all your comments! But unfortunately being a student means that you are perpetually poor. But thanks for entering and I hope to see you around my blog in the future!

Email ThisBlogThis!Share to TwitterShare to FacebookShare to Pinterest
Labels: competitions


Hey guys in an effort to get more traffic through my blog I have decided on a competition! This is the prize below; 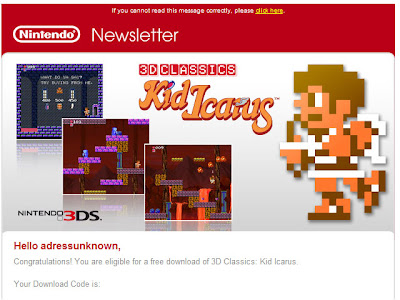 A download code for Kid Icarus 3D Classics on Nintendo 3DS. Celebrate the release of the new Kid Icarus on 3DS by winning the old classic with 3D visuals!

You don't have to register, you can comment with just your name, no email!
Choose the Comment As option; Name/URL

1. To be in with a chance to win you must leave a comment on this post with any of the following;

2. Closing date is Friday 23rd March at 12 midnight (GMT).
3. The winner shall be picked at this time, a post shall be written to announce the winner so make sure to check back to see if you have won!
4. Once the winner has contacted me I shall send them the code via email.

Have fun and good luck!

Email ThisBlogThis!Share to TwitterShare to FacebookShare to Pinterest
Labels: competitions 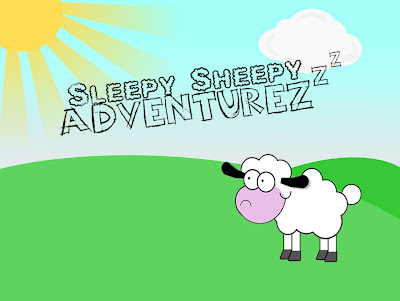 Here's a sneak peek preview of my up and coming game!

In our current module in University, we have to make a smartphone game within a team. I couldn't believe it when my game idea was chosen; Sleepy Sheepy Adventures. I was ecstatic!
It is a cute and colourful 2D game in which the player must guide the sheep safely to the end of each level by overcoming obstacles and dangers that stand in the sheep's way!

We're currently in the process of making it so I will keep you updated on how it is coming along!

What do you think of the idea so far? Let me know in the comments!